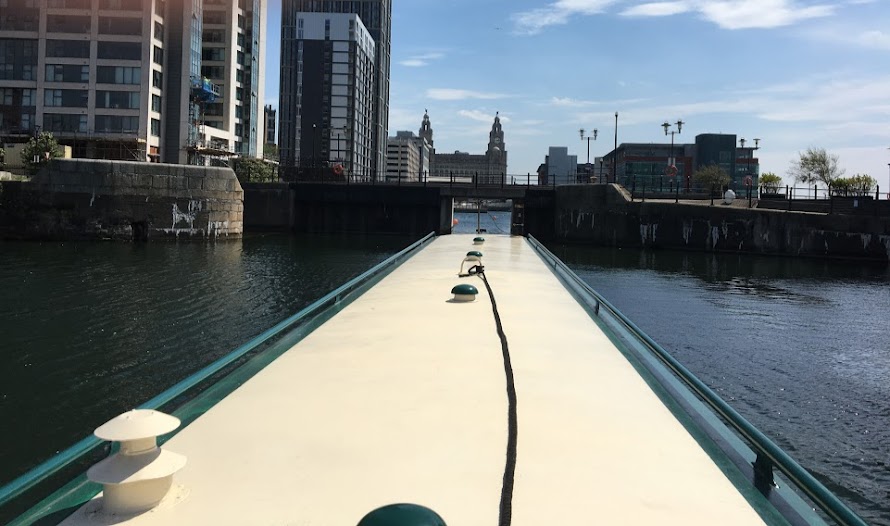 Had a really busy weekend, starting with a show on Friday night. It was a fund raiser for Women and Cancer. It was only my second performance singing with the guys, and it was great, I loved it! Looking forward to the next show!

Then Saturday we did Dave John B’s Knockout Road show! There was to be a team of ten of us, but we ended up just eight, but we had an absolute ball, it was the best fun I have had in ages! We were sponsored to take part by Home Bargains, the shop where I work. They kindly paid our entrance fee of £25 each to take part,we then had friends to sponsor us individually, I raised £65! It was in aid of the, “Walking With Giants Foundation”, for those of you that don’t know, it is for people and families that have Primordial Dwarfism, a real worth while cause, and one I was very proud to be a part of.

All of us that took part were game for a laugh, and I have to say that’s what we did most of the day! The Knockout Road Show was amazing, I would recommend it for any companies that want a team building or fund raising event.

I have to say though, parts of my body ached afterwards, in places I didn’t know were there! My eyelashes were the only things that didn’t hurt! Every bit of pain was worth it though!

Please take a look at WWGF web site at… www.walkingwithgiants.org to see the wonderful people and the work they do. A big Hi to Alex and his family, and a big thank you for giving me the privilege of taking part in such a fantastic day! Oh and a big thanks too, to all the girls from Home Bargains who gave their all to make the day…What a team! 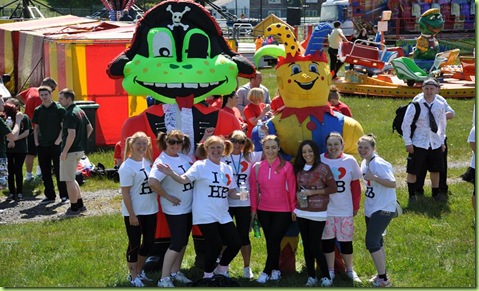 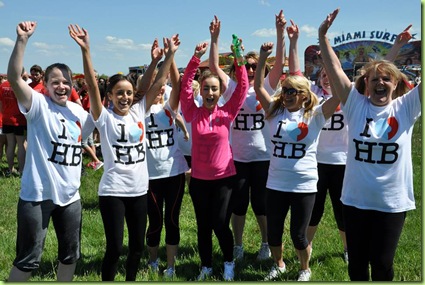 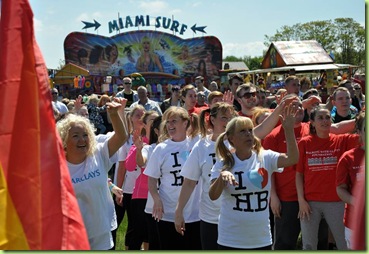 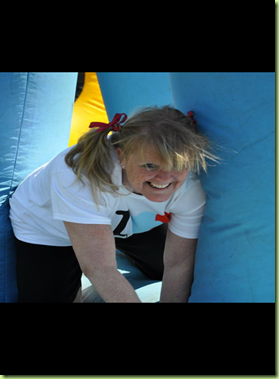 The weather was glorious, just as well as we got very wet, and had buckets of cold water thrown over us at regular intervals!! 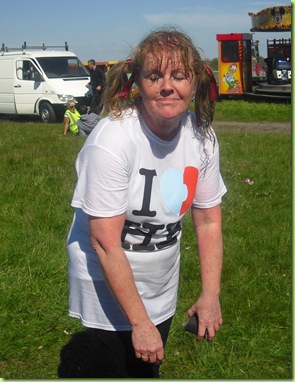 Posted by life afloat on nb tickety boo at 07:00 4 comments:

The weather is playing havoc with my, and no doubt, your plans.

I have decided not to get stressed over the paint job on the boat, it won’t get me anywhere…

It was a lovely day last Bank holiday, I had booked the day off as I am normally required to work Bank Holidays. I was thrilled to bits the weather was being kind, so I could carry out my plans for the day, or so I thought….

I was up bright and early, put a wash on, had breakfast, walked Bobby Dog, then decided the action was to begin, then it all crashed around my ears. As I gathered all my materials together,ie sand paper, paint, brush I heard voices approaching on the opposite towpath, nooooooooo it was a troupe of Fishermen, there was to be a fishing match! Now I have said this before, I have nothing against sharing the Canal with the men/women who wish to fish, but why oh why when there is miles of beautiful canal, do they fish opposite boats?

Now can you imagine wanting to work in your garden or on your house with twenty odd gnomes with fishing rods watching your every move from 9am till 4pm, unnerving to say the least!

To add insult to injury the old guy who had the peg opposite me, moaned when he saw it was my intention to work, all be it quietly, on my boat! Give me strength!!

All I wanted to do was do a little light hand sanding, then apply red oxide on the hand rails along the roof of the boat.

I told him what my intention was, only to be asked could I do the side nearest him first as my activity would scare the fish!! For a split second, the idea of starting up the engine and giving it a good few revs was appealing, but I didn’t.

I dutifully did the side nearest him, then the other side. I then spent the rest of the day sat inside my boat fuming at the audacity of the Gnome sitting opposite my boat! I had no heart to do anything after that, so a perfectly rare nice painting day was wasted.

I have promised myself that will never, ever happen again, I will carry on regardless and do what ever I need to do on my boat, fishing match or not! After all I have a perfect right to do so, considering I pay a lot of money per year for my license. Can you imagine if I had dictated to him where to aim his precious pole,as it would disturb my working pattern, I actually could have advised him of a very special place where he could stick his bloody pole…..

On a much lighter note, I had a lovely day yesterday. I went to the Annual Lydiate Festival. I have never been before, and it was lovely! The weather was awful to begin with, cold and wet but thankfully the rain went off, but it remained really chilly! 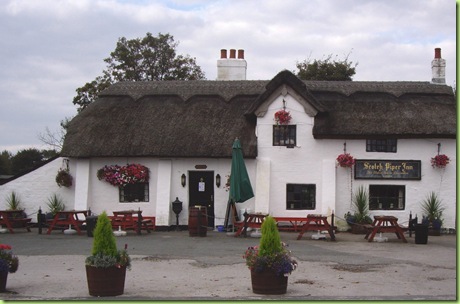 It is held in the grounds of my favourite pub in these here parts, The Scotch Piper and the grounds of St Catherin's Chapel next door, which is now a beautiful old ruin in a pretty setting.

There was plenty to see, Birds of prey, traditional Morris Dancing,re-enactments of Battles of old, good old home made cake stalls and a really good turn out of local people and visitors, all in all it was a lovely day! 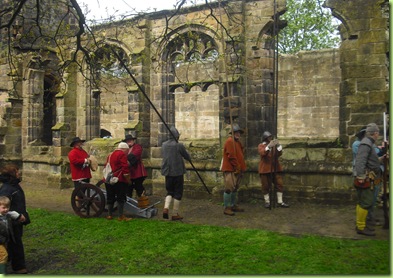 Preparing for Battle at the ruin of St Catherin's Chapel, or Lydiate Abbey as it is also known. 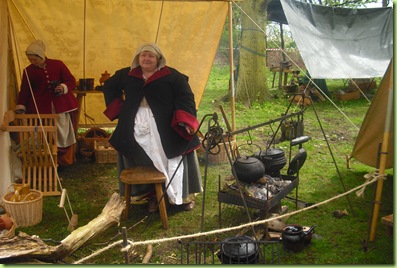 The women folk waiting for their men to return from Battle! 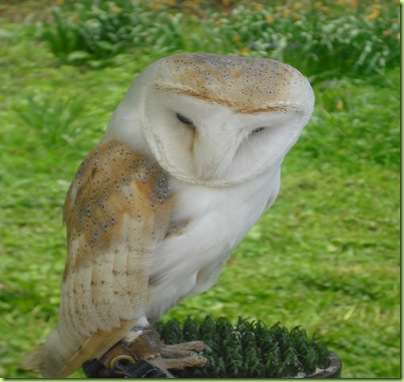 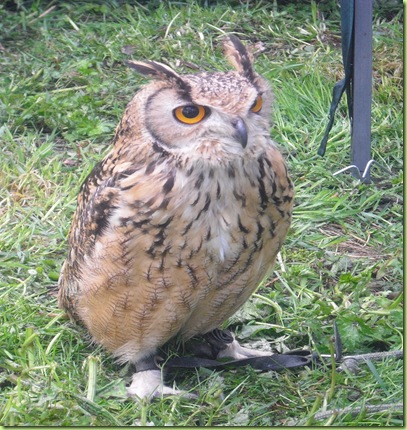 Just two of the beautiful rescued Owls on show. The white one above was really friendly and loved to be stroked, my friend said he felt like a marsh mallow, he was so soft!

A lovely day, enjoyed by all.

Posted by life afloat on nb tickety boo at 15:01 2 comments: